Transcription or transliteration is the practice of representing a written letter or a word from one script to another. It is also the system of rules for that practice. Simply put transcription and transliteration attempt to accurately capture the sound values across writing systems.

Transliteration attempts to be exact. With the help of transliteration, an informed reader should be able to recreate the original spelling of the transliterated words. Transliteration is commonly employed in situations where high precision is required. It is necessary when using words or concepts expressed in a language with a script other than one’s own.

Transcription is slightly different in that it takes into account the sound values represented by the writing systems. Transcription assists in speech and pronunciation, rather than the exact written representation. For example:

If relations between letters and sounds are similar in both languages, transliteration may be nearly identical to its transcription. Transcription has a superficial attraction in that it is generally more readable, primarily because it expresses sounds associated with one script using another script.

In regards to Gurmukhi, transcription proves utilitarian because the script is highly phonetic. Because this project concerns the spoken aspects of the script, transcription is utilized throughout this volume. When writing proper nouns outside of the context of line meanings and footnotes, common spellings will be used instead of transcription-accurate spellings.

Considering that the pronunciation of Guru Granth Sahib is closely related to its interpretation, an accurate and standardized transcription system assumes a very important role since meanings tend to change with even a slight variation in tone or nasalization. An accurate transcription would thus supplement the correct articulation of phones.

Developing a standardized transcription would aid both the Sikh Diaspora and the western scholars, who wish to better grasp the language of Guru Granth Sahib. A universally accepted system will go a long way in advancing the language and its understanding. Due to shortcomings in the English language in general, and the Roman script in particular, it has proved challenging to develop a technique for transcription with the capacity to consistently and accurately transfer text from Gurmukhi characters to Roman characters. Numerous attempts have been made in the past, and gratefully, modern linguistic standards and thorough research have finally made Gurmukhi-Roman transcription a reality.

A majority of the characters used to transcribe Gurmukhi into English have been derived from a universally recognized system of linguistics. For those Gurmukhi letters lacking an equivalent representation in the Roman alphabet, a symbol comparable to a character with an associable sound has been generated to represent those alphabets. As each Gurmukhi letter represents a unique audible sound, it has been assigned its own symbol for transcription into the Roman script. 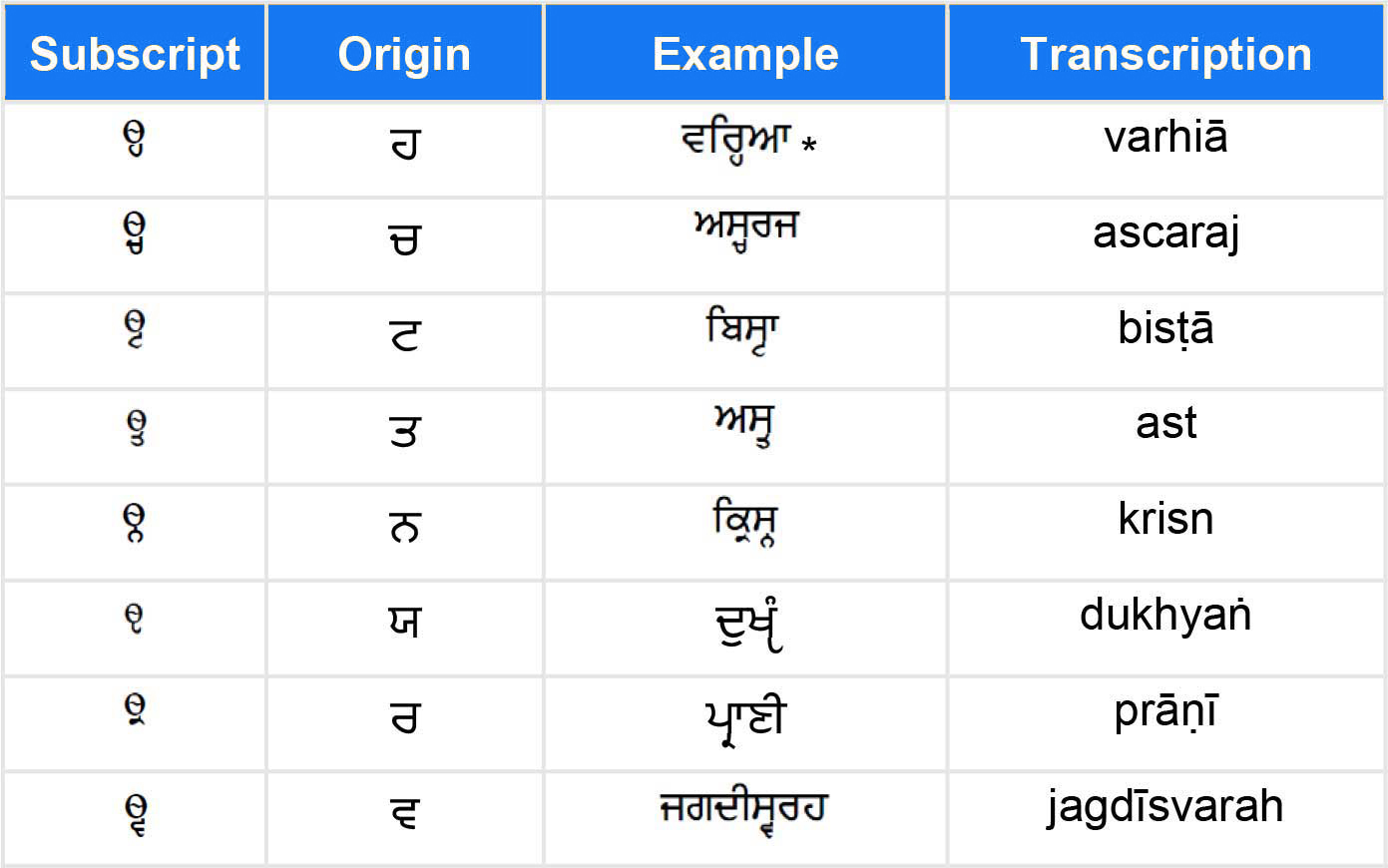